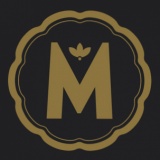 Marou is a Vietnamese chocolate maker, started by Vincent Mourou and Samuel Maruta in 2011.

Frenchmen Vincent & Samuel met in Vietnam and discovered a mutual love of cocoa. After visiting a local plantation, they decided to have a go at making chocolate themselves using instructions downloaded from the Internet. In just three years, those early experiments have blossomed into one of the world's most respected "tree to bar" chocolate companies; one of only a handful of chocolate makers who produce bars in the same country the cocoa grows.

Marou are known for their sense of design and attention to detail with their beautiful wallpaper-like wrappers that make unwrapping a bar an experience to savour in itself.