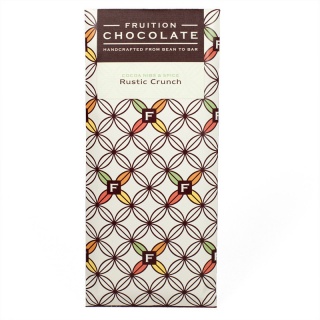 Harmony Marsh
coarse
sweet
spicy
chocolatey
vanilla
Personally, I didn't enjoy the cacao nibs "crunch" nor the flavour they added but apart from that the taste was pretty awesome. The adding of Demerara sugar was a genius idea from Fruition as it took the flavour to another level... the rich, deep taste of Demerara pairs so beautifully with chocolate. The cinnamon was powerful, I've seen one say the cinnamon and vanilla overshadows and overwhelms; however, I thought of this chocolate's focus to be spice. So I found the loud spiced flavour to be quite necessary
I do wish this chocolate hadn't nibs in, they disrupted the flavour and texture (the Demerara had the better crunch)